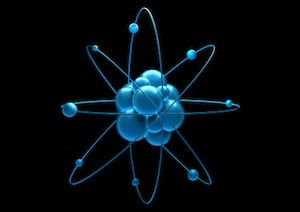 You’ve probably seen the commercials; they’re everywhere. Big name companies sell oils, candles, sprays, plug-ins, and a host of other products marketed to “clean” the air in your home by getting rid of odors. But don’t be fooled by the advertising.

These products don’t actually remove the odors or clean your air. Instead, they attempt to mask it by adding more powerful fragrances or so-called neutralizers to the air.

This method of “cleaning” the air is actually adding to the problem. Instead of removing the chemicals and pollutants causing the odor, they add more chemicals to your indoor air to cover up the problem. If your home suffers from odors caused by cigarette smoke, pets or chemical fumes, a whole-house air cleaner can help by actually removing the harmful pollutants from the air.

What is a whole house air cleaner?

Also known as an air purifier or air ionizer, air cleaners remove odors and clean the air throughout your entire home by removing the microscopic odor-causing particles as well as any bacteria or viruses that may be inside your home. Whole home air cleaners are typically installed by a trusted HVAC contractor and work with your overall HVAC system.

How does a whole-house air cleaner work?

Whole home air cleaners remove odor and illness-causing particulates from the air using ionization. Most particles floating in the air in your home is positively charged. The air purifier sends air over a charged electric coil, which creates negatively charged particles.

Whole-home air cleaners are installed as part of your HVAC system. The air cleaner works with your heating and cooling system so the cleansed air is distributed throughout your home more effectively. Portable air cleaners are much less efficient because they can only clean one room at a time. Whole home air cleaners do a much better job of cleaning the air and are much easier to maintain.

If you are struggling with stubborn airborne odors in your home or you’re looking for effective ways to reduce the transmission of illness-causing bacteria and viruses, consider a whole home air cleaner. Cool Today carries the industry’s leading line of whole home air cleaners and other indoor air quality products.