The Difference Between Single-Stage and Variable-Speed ACs 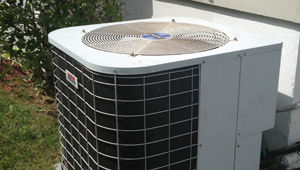 On the hunt for a shiny new AC? Be warned. There’s going to be a lot of talk on whether you need a single-stage, two-stage, or variable-speed air conditioner.

And you’ll need to know the difference between the 3 before deciding what’s best for your Florida home.

There are 3 main differences:

Difference #1: How they work

The compressor is the difference in how these air conditioners work.

Variable-speed air conditioners’ compressors operate at different speeds depending on the need for cooling. Rather than being only 100% on or 100% off they have several different speeds. This allows the AC to cool your home at lower speeds for longer periods of time while still having the higher speeds for when the outdoor temps get really high.

It’s that difference (how they work) that makes variable-speed air conditioners beat out the ol’ single stage when it comes to these major benefits:

A single-stage has shorter, more frequent on and off cycles.

A variable-speed AC (and, to a lesser extent, a 2-stage air conditioner) runs at a lower setting (using less energy) for longer periods of time and has fewer on/off cycles.

Bottom line: a system costs less to operate when it turns on and off less frequently because of the greater amount of energy it takes for a system to power on.

A single-stage system is the least expensive to purchase and install and a variable-speed the most expensive. Two-stage options fall in the middle.

The upfront price difference for two-stage and variable-speed air conditioners can be a major deterrent. However, they will cost you less over time because of the reduced energy bills.

Which is better for your Florida home?

If your current AC is showing signs, it’s time to pull the plug, it’s safe to say either of these options with a decent SEER rating will be more energy efficient and effective in cooling your home than your current AC.

If you’re on a tight budget and need a cheaper upfront cost, then a single-stage can get the job done.

But if you want the lowest energy costs, no hot and cold spots in your home and the reduced humidity, then a variable-speed AC is probably what you want.

If you’re looking for something that offers some of the benefits of a variable-speed but at a reduced cost, a two-stage can be a good compromise.

Talk to an expert AC contractor in Florida

If you’re looking to replace your AC system, schedule a free estimate with Cool Today. We have locations in Sarasota, Tampa, Dunedin, Orlando, and Naples and serve communities throughout Florida.